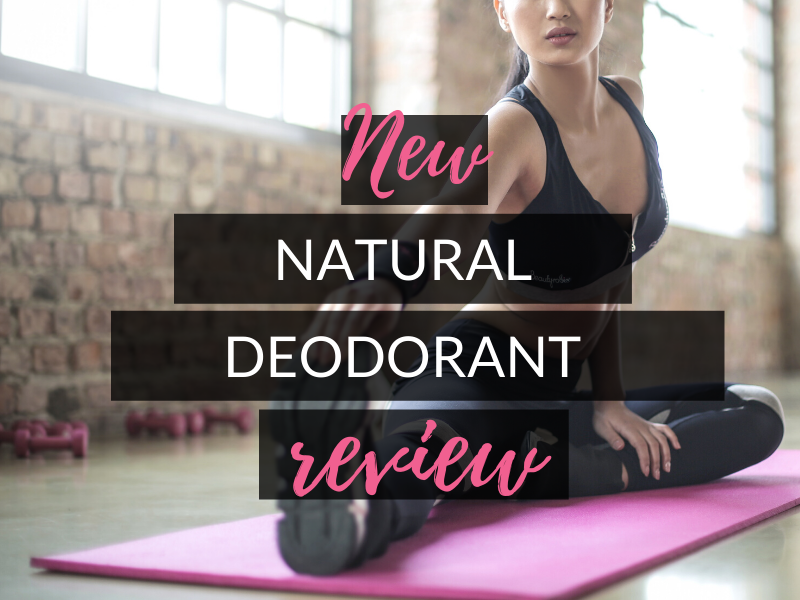 I found that absolutely nothing really worked for long.

Anything with baking soda always irritated my skin and gave me a rash. And it wouldn’t really battle the B.O that well either.

Anything without the baking soda masked the B.O for a few hours at most.

I tried using commercial deodorants, and they would make me smell even WORSE.

I even went and grabbed some anti-perspirant cuz I was desperate. Those no longer worked.

I hate the feeling and thought of using commercial anti-perspirants, so I stuck with natural deodorants, even though they didn’t really work.

Salt stick: Did absolutely nothing. Made me smell immediately.

Lush: This worked for only a few hours. If I was smelly, I’d put it on, and the B.O would be gone at that moment. But it would eventually come back. And I’d get rashes, and it made my armpits dark.

Schmidts: masked my B.O for a short period. The deodorants smell great!! Hate the tacky feel they can leave though.

Hippy Pits: worked for a short period of time during the day. I’d also end up getting rashes. Their quality control was kind of all over the place. I got some batches that were super flakey and dry.

Stink Bug charcoal deodorant: Baking soda free. This worked the best out of the bunch. It smelled great, but again, I’d smell within a few hours. Also felt a bit tacky due to the coconut oil base. 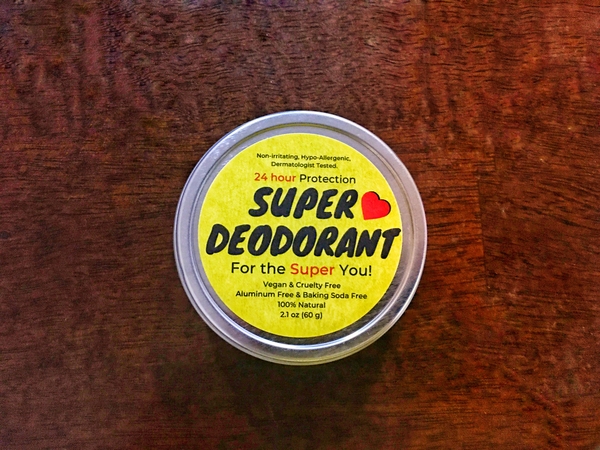 I saw a sponsored ad on one of my social media accounts, and saw an ad for Super Deodorant.

I took a look around their website, and landed on their ingredients. I’ve been comparing all of the natural deodorants that are commonly suggested, and ruling out ingredients that didn’t work for me.

A lot of natural deodorants have the same active ingredients.

What intrigued me about Super Deodorant were the ingredients. Some that I had never tried before.

Their active ingredients are as follows:

I’ve never tried a product with this as an odor fighter before!

I know what this stuff is, it’s in sunblocks and it’s the stuff in baby diaper cream. Not sure I’ve used it in a deodorant.

This is in most non-baking soda deodorants. I already know this doesn’t work for me.

This is another ingredient that really piqued my curiosity. Never tried this in a deodorant yet.

I’m not crazy about the yellow and black labels. It reminds me of the No Name generic brand products that we have in Canada. Just one of those things I noticed. BUT this branding also stands out from the plethora of natural deodorant products, which usually are very simplistic and “clean” looking. So maybe that’s what they’re going for.

It is unscented, but the product does have a smell. It’s not a fragrance smell, it’s the smell of the ingredients. It smells like play dough or kind of like when a lotion/cream product is old, the fragrance has degraded and you smell the actual ingredients themselves.

The product itself is a cream. The cream is very soft and sort of a whipped paste texture. The website claims it won’t get stuck under your nails. I have long nails and I use the front of my free edge to pick up product. Some does get on the underside, but it doesn’t get stuck there. I was really easily able to clean the excess product off.

When you apply to your armpits, it is a bit gritty, which doesn’t bother me. It isn’t super greasy, but there will be some residue left on your fingers. It’s not too bad though, I’ve used products that were much greasier and messier to apply. I don’t mind SD’s application at all.

I do find that the powdery bits do get built up in the lines/creasing of my skin. I don’t mind this.

What bothered me most was the smell. I don’t believe it’s very noticeable to most people, but I hate the smell of play dough. So I could get whiffs of it within the first hour or so of applying. It isn’t cloying or strong, but I notice it was there.

My experience so far:

For reference, I apply this after my shower at night.

A lot of products have me smelling within hours of application.

Day 1, I could smell a slight muskiness. But it wasn’t too bad. My husband had to come up right next to my armpit to smell anything

Day 2, the BO smell was not detectable if I tried sniffing myself. Neither could my husband. However, I was curious, and swiped my finger on my armpit, and sniffed my hand. I could smell a slight hint of armpit odor.

Day 4, I went out a few hours doing errands and for some reason my living room was super hot while I was hanging out. I sniffed my armpit and yeah, I could start smelling it at this point. But it wasn’t bad, no one would be able to smell it except me. It was not projecting very far. This was also at 9 pm at night, so almost 24 hours since I applied it. I think that’s VERY good, considering everything stopped working on me within hours of applying it.

I did notice afterwards, when I went to smell my armpit again, it wasn’t as smelly anymore. Maybe the deodorant kicked in a bit after the sweating stopped?

So, does it work?

YES, Super Deodorant definitely works for me. I have yet to try it on a super sweaty day, but it’s the best product I’ve used this far. Even with antiperspirants, I found some of them made me smell terrible within hours or I had to reapply after sweating anyways.

I also haven’t noticed any rashes or irritations on my skin.

I am convinced that I have developed some bacteria strain in my armpits that is very difficult to deodorize. I never had a B.O issue in my early 20s. In my mid 20s, I started noticing more odors. Within the last year, it was so bad that my armpits wouldn’t smell “clean” even after washing tediously with soap in the shower. I would keep scrubbing and washing repeatedly in the shower, and nothing was getting rid of that armpit smell. It was like the smell was STAINED on my skin.

I would come out of the shower with already smelly arm pits. I don’t know if it was due to hormones after having a baby.

That’s how bad my issue was. And nothing was working.

After using SD, my armpits no longer smell after a shower. I believe whatever ingredient they use, actually prohibits the specific strain of bacteria in my armpits from smelling.

Everything else I’ve tried before, just masked the smell temporarily, or made the bacteria grow even more rampant.

They’re a new Canadian company, and I’m so glad they’ve working for me so far.