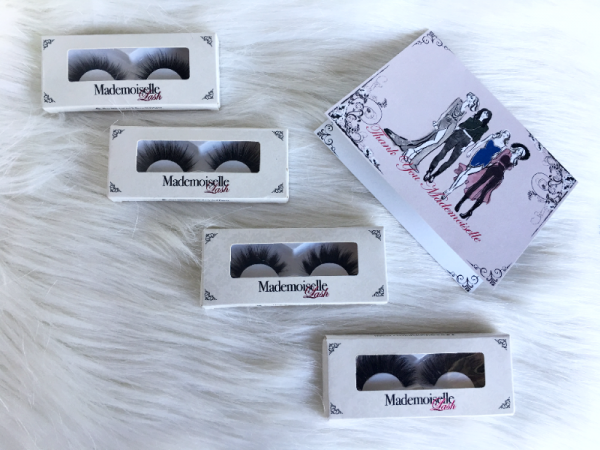 Who’s a fan of lashes up in here? I definitely am! I feel like they put an entire makeup look together and make you look more “done” and polished. The difference between “no lashes” and “lashes on” is crazy! I’ve also had my fair share of trying out different lash glues, and I have definitely ran into a few duds.

Pro tip: if you mess up on your liner, a pair of good lashes will most likely hide the imperfections. I love easy fixes!!!

I’ve tried them all. Drugstore brand lashes, beauty supply lashes, and even cheapo plastic ones from Asia. I admit, the $2 for a box of 10 pairs totally sucked me in.

I’ve recently discovered silk lashes from Mademoiselle Lashes, and knew I NEEDED to try them. They’ve agreed to send me all four of their lash styles to talk about with you guys. I saw the styles on their website and I had a couple of styles I knew would be my favourite. This would be my first time trying out silk lashes. 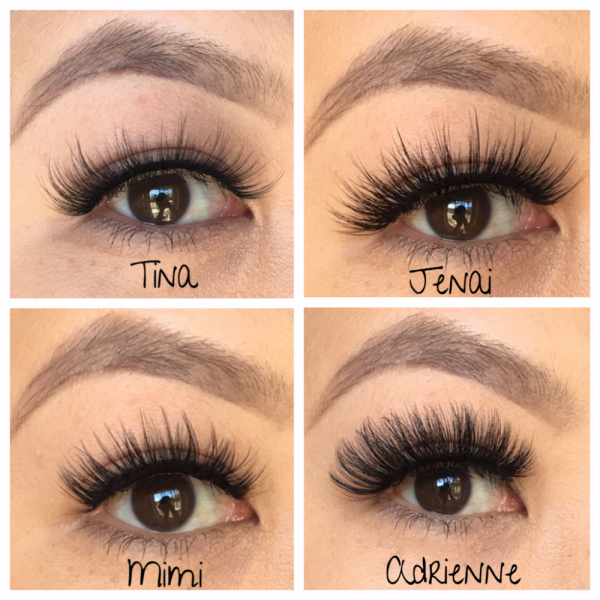 Like I just stated, these lashes are silk, making them cruelty free! Not only that, but the silk also holds their shape better and the lashes can last 20+ wears. 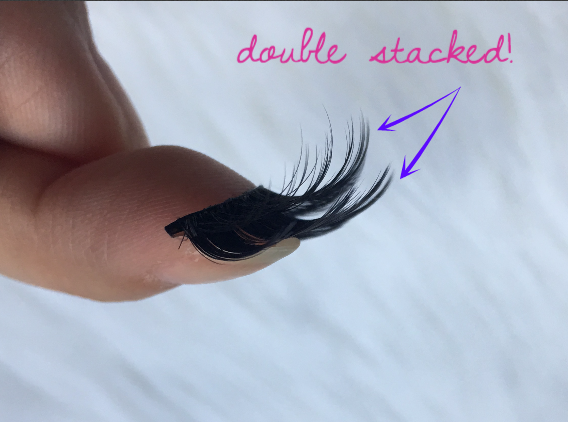 These lashes are also double layered, giving them a very high end, plush and dimensional look.

I hopped on their website and I loved the styles. I do prefer more glammed up lashes, because I keep my eye makeup pretty simple, and lashes are an easy and quick way for me to sexify up my face.

Their most natural lashes, the Tina Lashes, would be a staple style in my bridal makeup kit (if I were still doing makeup). This is the style that I think most brides would wear on their wedding day. They add just enough oomph to your makeup without being the center of attention. This is the “safe” choice if you’re not used to wearing lashes. 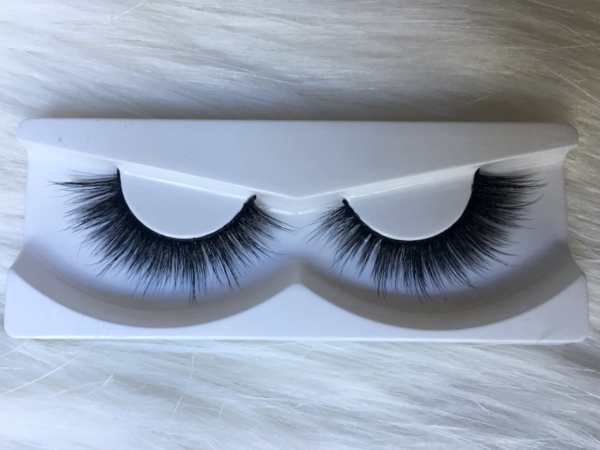 Don’t get me wrong, these are far from boring! I’ve worked with lots of different lash styles, and these are not “plain jane, boring, nothing special, almost too natural” lashes.

Like I said, these are the most natural style, but they are far from basic. 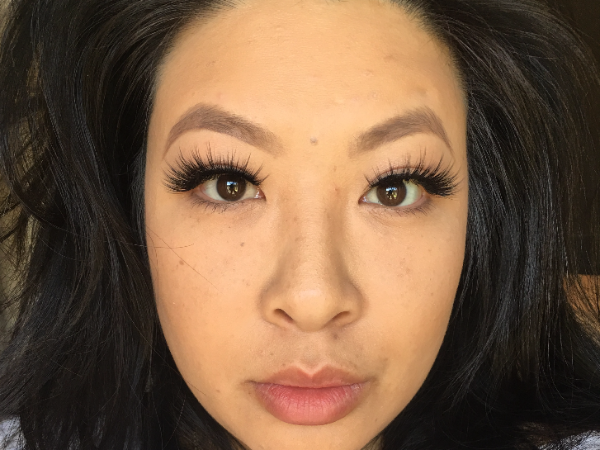 If you want more drama from your lashes, I suggest the Jenai Lash. These are my favourite! Like I mentioned, I like my makeup a bit more understated, and add pop to my look with some lashes. These are glamourous but not over the top. 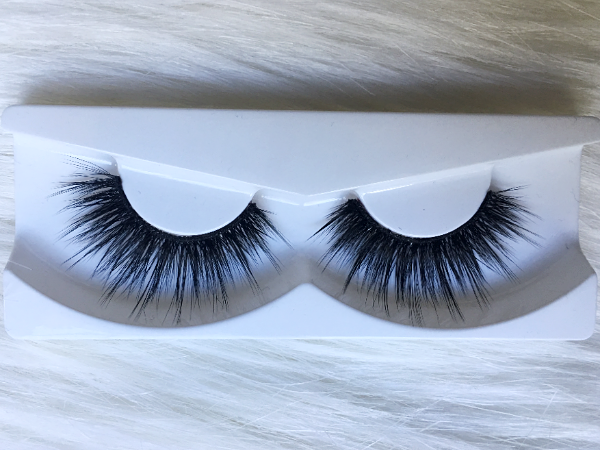 When I wear these, people automatically notice them and say “I LOVE your lashes!” Some people aren’t into that, and prefer something that ties an entire look together vs. having lashes being the main attraction. The Tina Lashes may be a better choice if that’s your case. 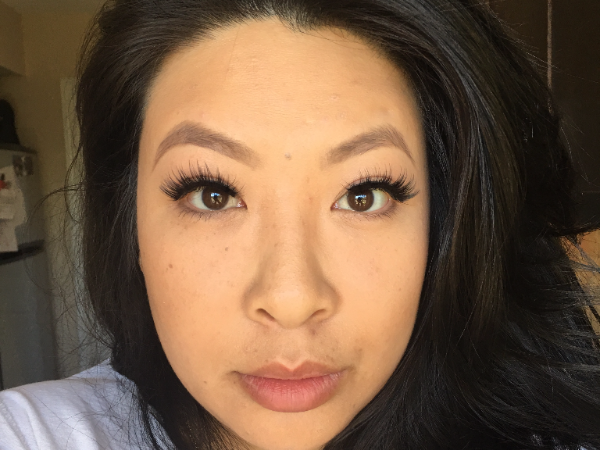 If you prefer more volume and density in a lash, the Mimi Lashes are your go to. These feature a cluster style design that is more winged on the outer corner. I prefer to wear fuller lash styles if and when I do a smokey look. I can’t seem to make fuller lashes like this work with my usual eye looks. But would totally rock this when I decide to try out a more sultry eye look. 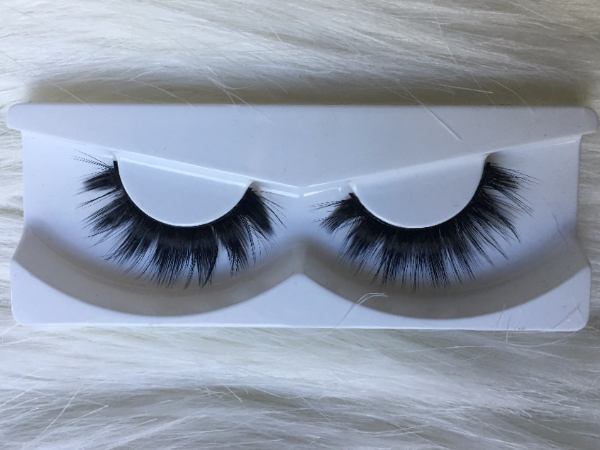 When looking at my photos with these lashes on, they actually look less dramatic then I thought they would. I normally prefer more feathery and fluttery lashes, and the fullness of the clusters in these lashes scared me a bit at first. I personally have a harder time with lashes that are more dense by the band. These actually look quite nice and natural when on in photos!

All the drama – Adrienne Lashes 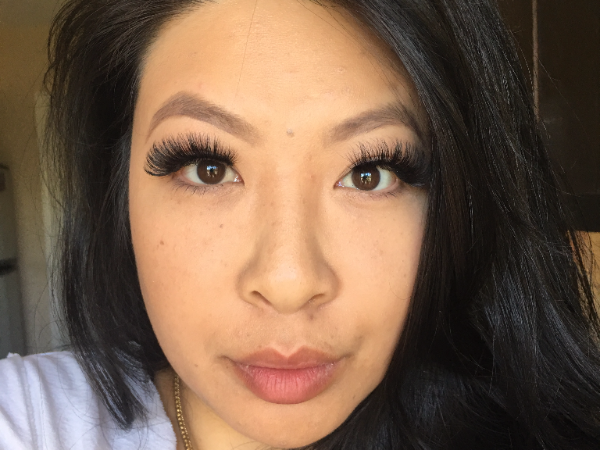 This one is for all the people that love being “extra” (in a good way). The Adrienne Lash brings alllllll the drama and glam! Definitely not for the girls who prefer a modest makeup look. Perfect for those times where you wanna bring out the fierce side in you. 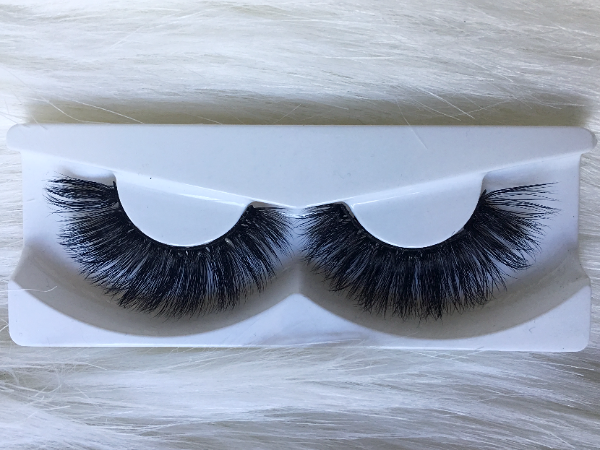 These lashes are very full. I would definitely need to wear these with a smokier eye, as I don’t think they look quite right on a bare eyelid. It could also be that my eyeshape doesn’t suit fuller lashes like these. I never have amazing luck with these styles, no matter what brand, quality or material. 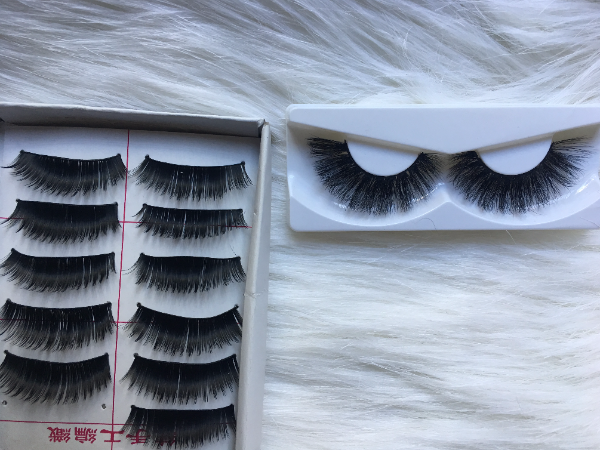 Since we’re on the topic, let’s talk about silk vs. other synthetic lashes.

Synthetic lashes are cheaper and can vary a lot in price, but are generally the most cost efficient lashes you can find. They also vary in quality.

I’ve used some synthetic lashes that were great, but they were very lackluster when compared to my recent silk lashes I’ve been using.

You can see in the photo that though the lashes have a similar DENSITY, the individual lashes aren’t plush and fluffy-full like the Mademoiselle Lashes.

Once we get to the fuller styles, you run into some problems.

I’ll take for example, these infamous boxed lashes that are $2 for a box of 10 pairs.

Here are the pros:

Let’s compare these types of lashes because they are all on the higher end (price wise) for lashes.

While real mink lashes sound very luxurious and fancy, we don’t know if the materials are ethically sourced or not. Another issue arises when you consider if the fibres have been sterilized, so sanitation also comes into question.

Since the materials are also 100% natural, and no two living things are the same, that also may mean that consistency in the quality may differ from one batch to another.

I also find natural haired (mink or human) lashes don’t hold their shape very well, due to them being so soft. You have to take great care when removing and cleaning them, and they may not last as long.

With human hair lashes, I find the styles to be slightly limited. They don’t give that same plush, feathery look as faux mink or silk lashes do. The hairs are a thinner. Though there are different styles, I find that natural haired lashes don’t have that same “wow” factor. The lashes look… dull and lifeless in comparison.

With silk, though the eyelashes may not be considered as rare or exotic, we at least know that they are cruelty free. They also last a very long time due to their sturdier nature (20+ wears is what Mademoiselle Lashes states in their lash care section)

I really love these lashes, and I want you to try them out too! Mademoiselle Lashes has offered my readers 10% off their entire order.

For reference, my fave lashes are the Jenai and Tina styles!

What are your favourite lashes?

I’d love to know what lashes are your favourites? My lash tastes have definitely evolved. For the better. I prefer a lash that isn’t natural looking, but I don’t want them super dense and dark either. I love the tapered lash look, that gives a feathery, fluttery look. I’d love to know suggestions on your best lashes!

How to buy your domain and hosting with Siteground

0
Mary
No Comments Yet